FORA Capital LLC bought a new position in Ironwood Pharmaceuticals, Inc. (NASDAQ:IRWD – Get Rating) during the first quarter, according to its most recent disclosure with the SEC. The institutional investor bought 22,643 shares of the biotechnology company’s stock, valued at approximately $287,000.

Ironwood Pharmaceuticals (NASDAQ:IRWD – Get Rating) last issued its quarterly earnings results on Thursday, August 4th. The biotechnology company reported $0.21 earnings per share (EPS) for the quarter, missing analysts’ consensus estimates of $0.31 by ($0.10). The company had revenue of $97.23 million during the quarter, compared to the consensus estimate of $103.51 million. Ironwood Pharmaceuticals had a return on equity of 31.01% and a net margin of 41.65%. The firm’s quarterly revenue was down 6.5% compared to the same quarter last year. During the same quarter in the prior year, the business earned $0.34 earnings per share. As a group, equities analysts predict that Ironwood Pharmaceuticals, Inc. will post 1 EPS for the current fiscal year.

Several research firms have issued reports on IRWD. Capital One Financial began coverage on shares of Ironwood Pharmaceuticals in a research note on Friday. They set an “overweight” rating and a $15.00 target price on the stock. StockNews.com upgraded shares of Ironwood Pharmaceuticals from a “hold” rating to a “buy” rating in a research note on Wednesday, June 15th. Finally, Wells Fargo & Company upped their target price on shares of Ironwood Pharmaceuticals from $12.00 to $13.00 and gave the company an “equal weight” rating in a research note on Tuesday, August 16th. Two research analysts have rated the stock with a hold rating and three have given a buy rating to the company’s stock. Based on data from MarketBeat, the company presently has a consensus rating of “Moderate Buy” and an average price target of $14.50.

Ironwood Pharmaceuticals, Inc, a healthcare company, focuses on the development and commercialization of gastrointestinal (GI) products. It markets linaclotide, a guanylate cyclase type-C agonist for the treatment of adults suffering from irritable bowel syndrome with constipation (IBS-C) or chronic idiopathic constipation (CIC) under the LINZESS name in the United States and Mexico, as well as under the CONSTELLA name in the Canada and European Union. 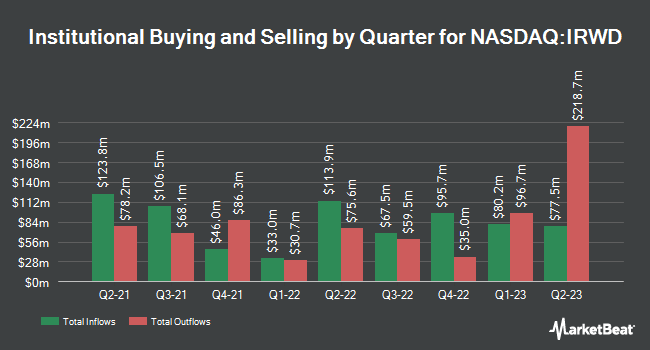 Complete the form below to receive the latest headlines and analysts' recommendations for Ironwood Pharmaceuticals with our free daily email newsletter: