Trevali Mining (TSE:TV – Get Rating) is set to issue its quarterly earnings data before the market opens on Monday, August 8th. Analysts expect the company to announce earnings of C($0.02) per share for the quarter.

Trevali Mining (TSE:TV – Get Rating) last announced its quarterly earnings data on Monday, May 16th. The company reported C$0.09 earnings per share for the quarter, missing the consensus estimate of C$0.15 by C($0.06). The firm had revenue of C$117.95 million during the quarter.

Trevali Mining Corporation, a base-metals mining company, engages in the acquisition, exploration, development of, and production from mineral properties. It primarily explores for zinc, lead, silver, copper, and gold deposits. The company's operational assets include the 90%-owned Perkoa Mine in Burkina Faso; 90%-owned Rosh Pinah Mine in Namibia; and Caribou Mine in northern New Brunswick, Canada. 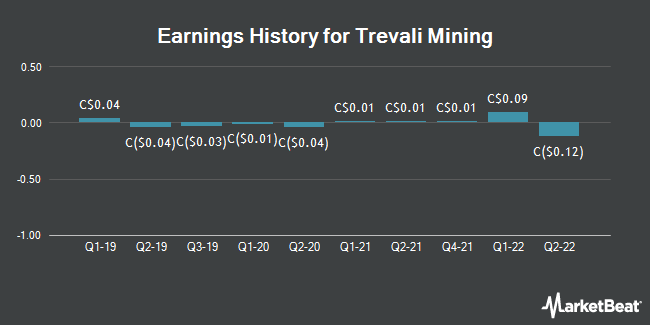 Complete the form below to receive the latest headlines and analysts' recommendations for Trevali Mining with our free daily email newsletter: